Jikoji was shot dead in front of his house at Jikoli Court, Unity estate, Badore, Ajah area of Lagos on Sunday, April 26.

It was gathered that the assailants stormed the area in a tricycle around 3pm while the deceased was driving into the estate in the company of one of his relatives.

Vanguard reported that the incident occurred a few days after he alerted policemen at the Zone 2 Police Command, Onikan, that some persons were after his life.

The late businessman was nominated as the traditional ruler of Badore, by the Jikoji family, after the demise of the former Baale, Saliu Muraina Jikoji, in June 2020.  His name, according to his family, was forwarded to the Lagos State Government accompanied by a certificate of nomination by the family. 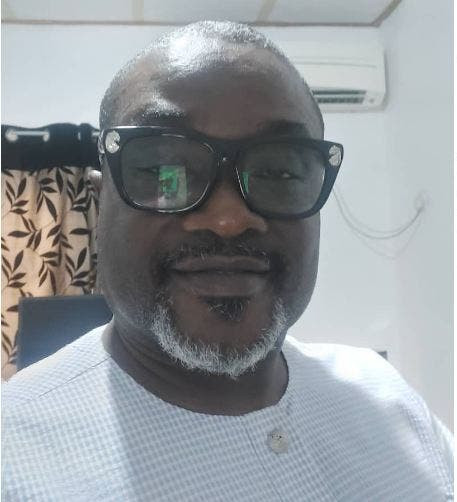 However, trouble erupted after another candidate said to have been nominated by some group of persons who claimed to be Kingmakers, was allegedly granted a certificate by the Eti-Osa Local Government, as the Baale of Badore, without authorization from the State government.

Lawyer to the deceased, Olarewaju Aiyedun, who confirmed the incident, disclosed that the matter was before Justice Alakija of the Lagos High Court sitting in TBS, where they obtained the order to maintain the Status Quo Ante Bellum, which infuriated his opponents.

“I received the lugubrious news of the brutal and brutish assassination of my client, Chief Rasak Adeola Jikoji, the Baale-elect of Badoore Town, Ajah, with a scathing rude shock that I have not recovered from in the last 72 hours. He was shot at a very close range and they took a heavy stone to hit his head, just to ensure he was dead, to satisfy their paymasters. This callous, criminal, satanic and vile act will not go unpunished,” Aiyedun stated,”

“I have absolute trust and unflagging confidence in the professional competence and impervious integrity of the Police to unmask the murderers and bring the marauding and cannibalistic agents of untimely death to the book”, he added.

His widow, Mrs Tofunmi Jikoji, said said he had many enemies and recently got a favourable ruling in a chieftaincy title tussle

“I was in the kitchen when I was called. I ran out and saw the lifeless body of my husband who left the house 15 minutes earlier, with a promise to be back soon,” she narrated.

“On that Sunday, some people who wanted to buy a piece of land came to visit him. He took them to the site but the person did not like the land. About 15 to 20 minutes later, as he was returning home, some residents said they sighted some strange faces around the community. I don’t know why the security guards did not challenge them.

“As he approached the house, he was attacked. The vehicle fell into a ditch. We were told that the people who did the job came in a Keke Marwa. I heard the gunshots. One of the assailants asked him ‘so you want to be the baale’, before he was shot. Not done, they used a rock to scatter his head to be sure he was dead.

“I don’t know who to particularly point to. But he had several enemies. He was actively involved in a chieftaincy title tussle and he got a favourable ruling recently. Even if he offended anyone, he should not be murdered”, she stated in tears.

Family sources said that the incident had been reported at the Lagbansa division. The deceased’s relative who was with him in the car at the time of the incident was said to have gone into hiding, for fear of being attacked.

The relative was said to have insisted the matter be taken to the State Criminal Investigation Department, SCID, Yaba, before he would appear and state how his brother was murdered.